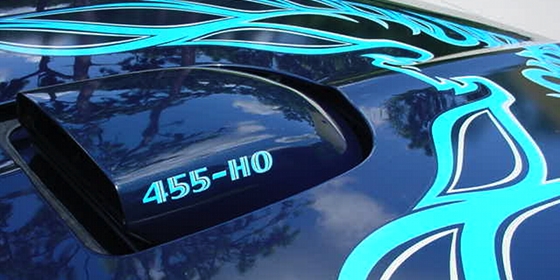 Editor's Note: This article was originally written by Firebird Nest's writer Pete Dunton for another publication in Fall of 2007.

Automotive history as it has been written, 1975 will never be known as a banner year for muscle cars. The GTO, Chevelle SS, Challenger, and Cuda were among some of the most famous muscle car names to bite the dust by 1975. In 1975 the only Mopar muscle car names that remained (had become Chrysler Cordoba clones) - the Plymouth Road Runner and Dodge Charger, which had sadly become underpowered luxury barges with pillowy seats. Ford had completely given up, the Mustang by 1975 was know as the Mustang II and based on the Ford Pinto platform. Though it was a sales success it was as far from a muscle car as a car could venture. The availability of only 4 and 6 cylinder motors for the 1975 Mustang II, was a big reminder of this fact. The Torino had also grown to almost Thunderbird proportions however it still packed a V8 under the hood. Sadly the Torino's largest displacement V8 was a 351 Cleveland that was very light on the horses. AMC was also out of the muscle car business by 1975.

When the 1976 model year rolled in, Fall of 1975, the second generation Firebird began its 7th model year. For some at the time it was hard to believe it had been around that long, after-all the first generation Firebird only saw 3 years of production. If the auto business had run as smoothly in the 1970s as the 1960s, the second generation Firebird would have already had a replacement by 1975 at the latest. GM's product cycles were running 3 to 5 years during the 1960s. However by the 1970s, GM had bigger fish to fry, or actually better stated, they were trying to stay out of the frying pan. With the shock of the 1973 oil crises sending gasoline prices through the roof, and a plethora of new U.S. Government emissions and safety regulations, it was safe to say GM had its hands full. 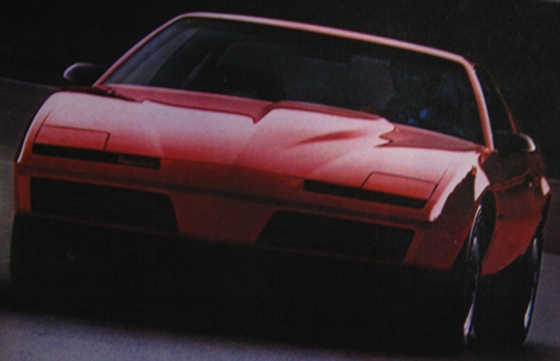 It is safe to say that Pontiac weathered the storm of performance malaise in the 1970s better than any other automaker. When all the others had given up, Pontiac continued to put its largest displacement and most powerful V8 motors into its performance flagship, the Trans Am. When Chevrolet dropped the big-block (454 CID) V8 option at the end of the 1974 model year on the Corvette, the Corvette would soldier on with a 350 CID V8. The Camaro lost its large displacement big-block (402 CID) V8 even sooner (at the end of the 1972 model year). Over at Ford, the Mustang lost its large displacement big-block at the end of the 1971 model year when the 429 CID V8 was removed from the Mustang option list. By 1975 the Mustang had as its top motor a 302 CID 2V (2 bbl.) V8. 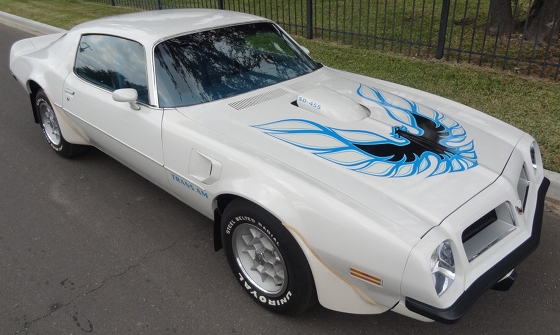 1974 was a very important year for the Trans Am, it was a linchpin year. The 1974 Trans Am would straddle the brash original era muscle car era and the upcoming modern era of strict emissions controls which also included the push towards fuel efficiency. By 1974 the original muscle car era was over, most automakers had thrown in the towel by 1973. Pontiac was continuing on with the business as usual attitude of producing the Trans Am as if the original muscle car era was still going strong. Pontiac had standard a 400 CID V8 while most of the others were at 350 CID or less. Unfortunately the smack-down of new emissions controls on all 1975 American built cars was going to heavily drop horsepower down the ravine. 1974 would be the last year of the fun times for awhile. Granted high compression motors had bit the dust by the 1972 model year due to the introduction of unleaded fuel, but 1975 would make 1972 seem like good times. In the meantime for Pontiac's Trans Am, it was eat, drink, and be merry.